Canadian Country Music Legends debuted in Wingham Ontario in June, 2022.  Since then, more shows have been
booked and more friendships formed.  Everything about this show fits like a glove.  It's going places.

The idea was born over a fun and playful lunch with comedy great, Gordie Tapp.  I picked him up at his condo one morning and discovered that his body was a bit beaten up but his mind was as crafty and sharp as ever.  After a couple of very fun hours, I dropped him off and thought, "what a sad day when this comedy genius dies and is long forgotten".
I pledged to myself this would not happen.

The following years offered many opportunities for Whiskey Jack to share the stage with performers who would
themselves someday be recognized as legends.

Here we are in 2022, and with Whiskey Jack celebrating 45 years as a musical force in the Canadian country music
community, the time was right.  A bit of reminiscing was in order.  If there’s one thing Covid gave us, it was time to
reminisce.

We're coming to Toronto, Parry Sound and Alliston in November, 2022.  Press release will be published soon. 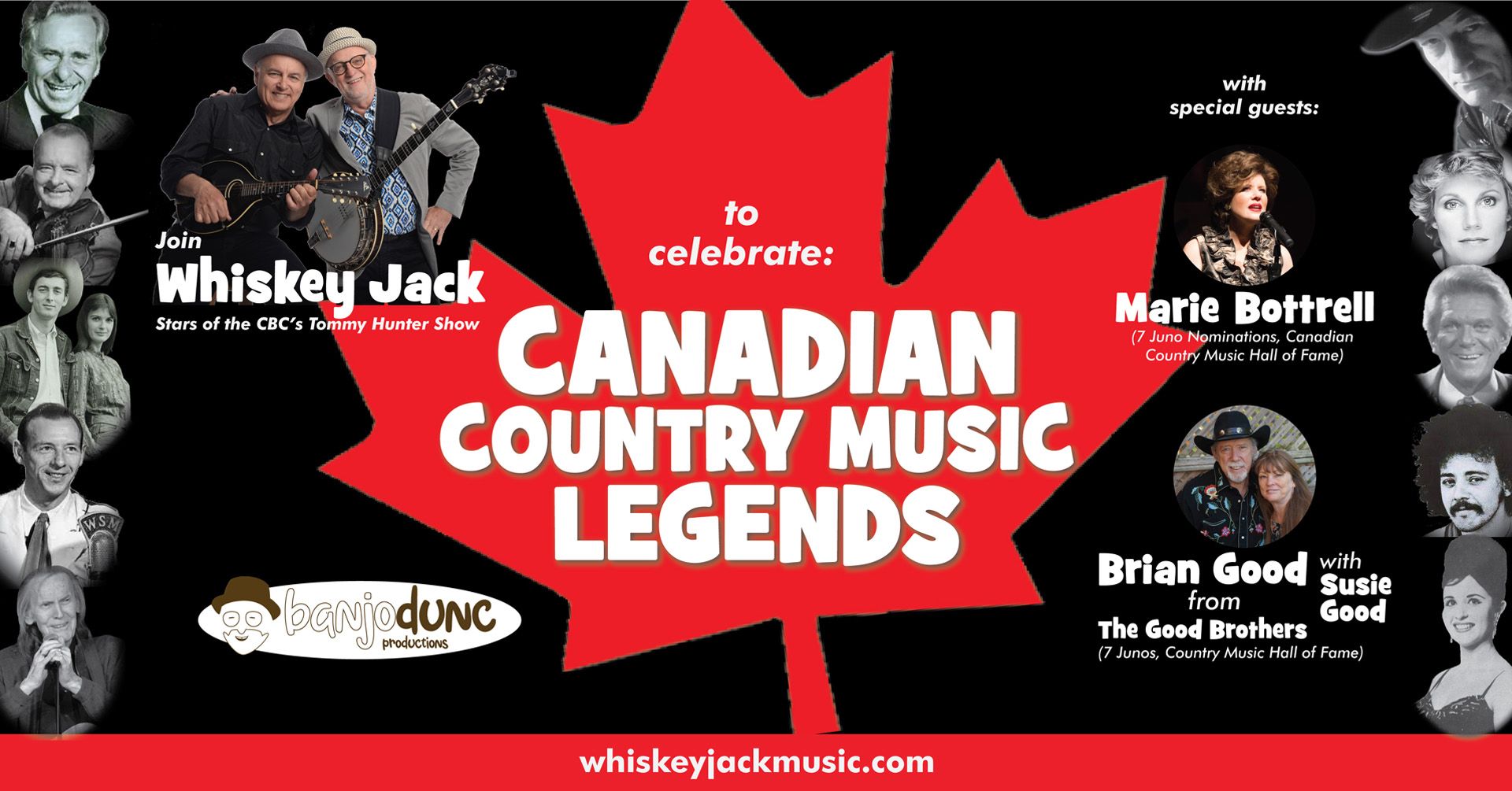